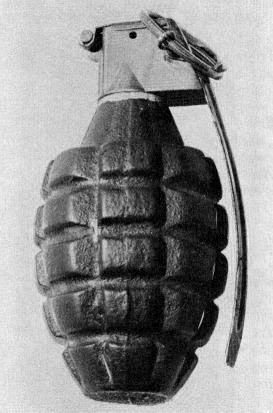 I have this great idea, you see, and I think I’m going to submit it to Scientific American for publishing, because I suspect it will be just what their readers are expecting of a magazine with a longstanding history of award-winning coverage of advances in science and technology and their impacts on society.

I am about to explain why it’s sometimes okay to steal sick people’s wallets. Groundbreaking, isn’t it? Well, prepare to be impressed:

Ms. V was in her late 20s, and she was chronically ill, shivering and very frightended when she was admitted. Writhing in pain, she was clutching her mother’s hand. She was diagnosed with numerous infections in her liver and lungs.

One morning after rounds, I happened to glance over at Ms. V’s room and saw a woman walk in and inconspicuously put V’s wallet into her own rucksack. The visitor was a thief who had come to steal from the hospital’s patients. To distract them, she usually talked to them for a while, very pleasantly, and conveyed to them a feeling of friendship and care. After her visit, Ms. V told me that the other woman’s visits helped her stand the suffering her disease caused her. She felt comforted and refreshed by the thief’s friendly words and easy humour, she said.

Now, make no mistake: I have to admit that stealing patients‘ wallets doesn’t have proven benefits and is widely considered a criminal or even despiccable act in the medical and scientific communities. In other words, perhaps stealing from people isn’t in itself beneficial, but rather the sense of companionship and support stemming from spending time with a sympathetic person.

Interestingly, some patients continue to welcome the thief although they realise her true intention. Ms. I, for example, was a patient of mine who suffered from severe pain as a result of advanced breast cancer. When I asked her why she enjoyed talking to the criminal, she shrugged, saying she enjoyed the company and found that chatting with her provided a refreshing period of rest.

Of course, stealing patients‘ wallets has its drawbacks, like the financial cost, which may be borne by the patient, an insurance company, or the hospital, depending on the circumstance. Also, it’s certainly dangerous for a patient to decide to have her wallet stolen at the expense of treatments with proven medical benefits. Luckily, having her wallet stolen didn’t stop Ms. V or Ms. I from undergoing life-saving medical tratment and didn’t prevent this treatment from working.

When I learned later on that Ms. V had died, the news hit me hard, and thinking back to her treatment in our hospital, I hoped that among all her misery, we had managed to ease her suffering through our therapies – criminal or not.

So? What do you think? Great stuff, right? What? You think this kind of nonsense might not be quite up to Scientific American’s standards?